Controlling odors is one of the most important – and yet most challenging – aspects of wastewater treatment. Foul odors are often a source of complaints, igniting objections from plant workers and neighbors alike.
What are the impacts of uncontrolled odors?
Although many odors are contained within the proximity of the plant, some odors naturally drift to surrounding areas. They waft into public parks and subdivisions that have been built around the plant over the years. Understandably, communities aren’t tolerant of these nuisance odors, causing people to complain. Depending on the severity of the odors, citizens will often call the plant to pressure management to find a solution, or they will reach out to politicians and the media. Odor complaints that become borderline political and/or receive negative media attention risk damaging the plant’s – and the brand’s – reputation.

Uncontrolled odors can also impact the overall job satisfaction of plant workers. Treatment plants value their employees and should make efforts to improve their working environment by better controlling odors.

To prevent diffusion of odor vapors, many wastewater treatment plants choose to seal the source of odors – whether that’s a tank, basin, or lagoon – with an industrial-grade cover.

What causes odors at wastewater treatment plants?
Common odors lingering in and around treatment plants smell like rotten eggs, ammonia, or garlic, among other things. Sometimes the odor is described as earthy or organic.

Generally speaking, foul odors at treatment plants originate from the anaerobic decomposition of organic compounds. A natural by-product of anaerobic digestion is hydrogen sulfide (H2S), which gives off a strong, nauseating smell. Due to its low solubility in wastewater, it is released into the atmosphere, producing an offensive odor.

Amines and mercaptans are two other odor-causing offenders at treatment plants. These organic compounds contain sulfur or nitrogen, producing odors that are detectable by the human nose at extremely low concentrations.

What intensifies odors?
Not all odors are created equal; they vary in intensity. Some are faint, while others are much more pungent. This is why, when people complain about odors, plant workers will typically ask what time they detected the odor, what it smelled like, and how intense it was.
Weather conditions can intensify odors. Temperature inversions, wind velocity, and wind direction contribute to how far odor emissions drift. Odors are typically worse at higher temperatures. Factor in increased summer activity, and it is not a surprise that plant management usually receives more odor complaints during the warmer months of the year. Plant maintenance – either planned or unplanned – and/or upgrades to treatment processes are other aspects that can affect the severity of odors.

There are many cover styles available on the market: fixed covers, floating covers, inflatable covers, retractable covers (shown here), covers made from flexible geomembranes, and covers made from rigid materials such as aluminum, fiberglass, or steel.

What can be done to control odors?
The first step in solving any odor problem is identifying the source. Odors could be coming from raw wastewater exposed to air at the influent pump station and primary clarifier stage. Unfortunately, the odors could also be coming from nearly any other step along the treatment train. Since the culprit could be a number of different things, or some combination thereof, it’s best to pinpoint the source of odors with the help of a professional consultant.

There are many odor control technologies in the marketplace and no single, universally ideal solution exists. Some plants use deodorizing misting systems to target volatilized odor compounds in the air. Others choose to add chemicals directly to the water that react with odor-causing compounds. Fine-tuning the treatment process itself is another odor control tactic, albeit a more complex one.
Often the simplest approach to odor control is quite literally covering the problem. Many wastewater treatment plants choose to seal the source of odors – whether that’s a tank, basin, or lagoon – with an industrial-grade cover, thereby preventing the diffusion of odor vapors.
“Capture and treat” technology is an even more powerful odor control solution. This involves capturing odors by containing them with a cover, and then withdrawing and treating the collected foul air. Once the air is conveyed in a ductwork system, it can be treated by a variety of technologies such as a biofilter, wet scrubber, carbon filter, proprietary media, etc.

Covers not only reduce odor emissions but also help contain harmful greenhouse gases and minimize evaporation so that less water and chemicals need to be used in the wastewater treatment process.

Choosing the right odor control cover
The cover selection process may seem overwhelming because of the large number of cover styles available on the market. There are fixed covers, floating covers, inflatable covers, retractable covers, covers made from flexible geomembranes, and covers made from rigid materials such as aluminum, fiberglass, or steel.

Airtightness: Typically, the objective is to have a cover that is sufficiently airtight so that foul air is reliably captured and does not escape through leak points. The airtightness of the cover is also important because less leakage means that foul air can be removed using a smaller blower and ductwork, reducing both capital and operating costs. Most covers can be made airtight through the use of ample caulking, gaskets, and anchors, but there can be a trade-off between airtightness and ease of access.

Access and Convenience: Covering tanks for odor control is beneficial but there is often a requirement for plant workers to access areas under the cover. Can tank internals be easily accessed for sampling and routine maintenance? Does the cover have hatches and/or ports for access to mixers and other equipment? Can it be installed without disrupting plant operation?

With some covers, achieving the full access required in some applications means that the cover has to be disassembled and removed in pieces, or lifted off as one unit using a crane. This requires both financial and staffing resources, and assumes that the cover removal is scheduled in advance as a planned maintenance activity. Full access in an emergency can be difficult – even dangerous. Look for covers that are designed to provide both airtightness and easy access.

Safety: Worker safety should be a top priority for treatment plant management. When tanks are open, such as when a cover is disassembled and removed, it creates openings through which workers could fall. Any odor control cover must allow plant workers to perform their jobs efficiently and safely.

Customization: The option for site-specific customization is another consideration when selecting an odor control cover. Does the company only provide out-of-the-box options? If so, your wastewater treatment plant could face challenges finding something that will accommodate its unique requirements. How can the cover adapt to irregular shaped tanks or lagoons? What about accommodating protruding equipment or varying wall heights around the tank perimeter? Cover customization helps ensure the perfect fit and helps mitigate unforeseen installation issues.
Combatting odors at treatment plants is a worthwhile investment. Implementing odor control solutions improves working conditions, lessens the number of reputation-impacting complaints from the community, and can even help treatment plants save money – and the environment. Covers not only reduce odor emissions but also help contain harmful greenhouse gases and minimize evaporation so that less water and chemicals need to be used in the wastewater treatment process. Covering a tank or lagoon to control odors is a rare example of when covering up a problem makes perfect sense. 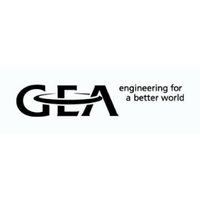